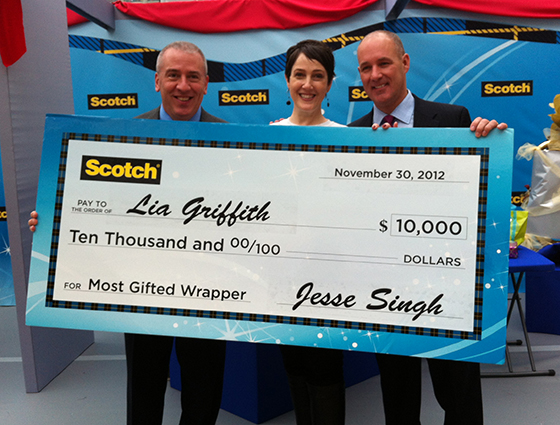 For those who have been with me since last November, you remember my BIG win at the Scotch® Brands Most Gifted Wrapper Contest in New York City. Who would have thought, right? Though I would love to enter again, it is a one time opportunity and they have asked me to put out the word to all of you crafty people and encourage you to enter this year’s contest. If you are a gifted wrapper. . . ENTER!! Here is how you do it. Fill out the online application here and include a 3 minute video on how you are a gifted wrapper. Here is the video I submitted:

Since I found out about the contest only a few days before the entry form was due, it was a DIY video. It is simple and a bit hokey, but it still won me the spot as final 8 to go to New York City to complete. Once in New York, I met the other seven contestants. Our event started at wee hours in the morning at Bryant Park as we wrapped unusual gifts in three timed rounds. The first round all eight wrapped a board game in a box and a rubber duck, separately. Four of the contestants were cut and it was only my DIY gift bag that helped me make into the second round. The second round the four of us wrapped a tuba. Yes, you heard me right, a full-scale tuba. Here are some photos of what I wrapped:

Only two of us made it to the third round. In the final round we were challenged to wrap an 8-foot wide model airplane. Again, we were timed so there was a lot of pressure. But, with my Papier Couture background, I knew I had this one “wrapped up”. My concept was the use the gift wrap in an unexpected way, and make a huge paper bow. Here are some photos from that round:

And there you have it! I am standing there with my huge giant check. Below is a fun, quick video they produced as an overview after the contest. It truly was a frenzy. . . just as portrayed.  If you have any questions about entering, feel free to ask in the comment section below. I really want to see you enter. If nothing else you can win a trip to New York! So go enter! ~ Lia 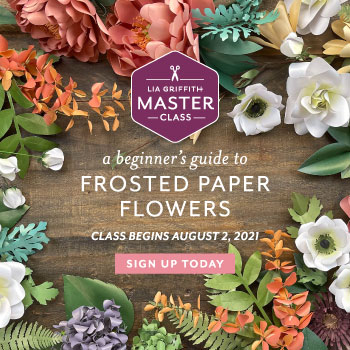 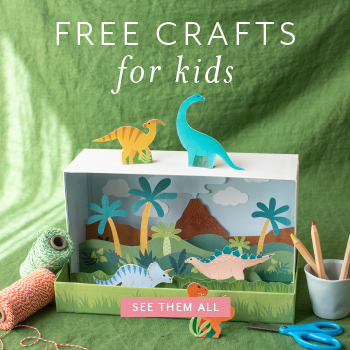 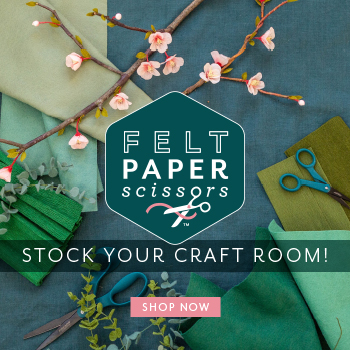 get your
craft on

We offer multiple options for downloading our projects - click here to find out more about joining our crafting community!

You are now a member and have access to exclusive content and project downloads. We're glad to have you on board!

Go to My Craft Room ›

Get the downloads for this project with a membership.